Don’t bank on it getting better 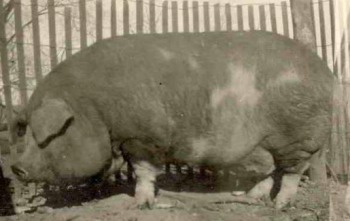 Don’t bank on it getting better

Invest for the long-term. That’s the catchcry of a phalanx of commentators since investing in equities emerged from the shadow of railway bonds. But investing for the long-term only makes sense if you invest in extraordinary businesses. The longer you stay invested in mediocre businesses the greater your loss in either nominal terms or opportunities foregone – or both.

A quick scan of the share price of Telstra, AMP or the NAB reveals today’s share price is lower than were it was more than a decade ago. Long term investing in these businesses has produced poor outcomes for investors who may still unwittingly describe these businesses as ‘blue-chip’.

It has certainly been the case that the return on incremental equity for the NAB has been lower than its peers and we have hitherto put that performance down to the overpriced Clydesdale UK acquisition, which the company is now extracting itself from.

But the 2015 results just released, suggests we have been far too sanguine about the remaining Australian business. The 2015 full year results indicate a mediocre local business as well.

Our main concern was the 0.10 per cent fall in business lending Net Interest Margin in Australia in 2H15 versus 1H15. It suggests increased competition in this market, possibly as a result of the APRA curbs imposed on mortgage growth.

Underlying profit growth in Australia was just 1.2 per cent year-on-year in 2H15. NAB’s expense line has blown out a bit on increased systems and people investment, resulting in an increase in its Australian expense ratio by 1.5bpts on the pcp to 42.3 per cent in 2H15.

Even in the absence of the drag on returns from the UK business, this appears to be a mediocre bank.

There’s now arguably three tiers of banks in Australia; ANZ, CBA and WBC form Tier 1 banks, NAB is arguably Tier 2 and then we have the regionals at Tier 3.

The conclusion makes me seriously wonder how much influence large institutional shareholders have on Australian listed company boards. Do you remember the bold public relations and advertising campaign that saw NAB announce it was “divorcing” the other big four banks? That campaign was named the best public relations campaign in the world in Cannes in 2011.

So what happened to that ad? My understanding was that it was working well.

Did fund managers, with their allocations made, possibly ask the NAB to ‘cease and desist’ in order not to disrupt the status quo? Who knows. All I know is that NAB is not in the same league as the other banks in terms of economic performance, and this is despite a solid tailwind.

You are reading an article about: Financial Services, Insightful Insights