Central Bank Liquidity and the slippery slope of solvency: Part I

Central Bank Liquidity and the slippery slope of solvency: Part I

Much has been written about the unprecedented size and scale of the actions taken by the U.S. Federal Reserve Bank in recent weeks to support the U.S. economy and markets. Starting with cutting interest rates by 150 basis points to 0 per cent, promising to purchase an “unlimited” amount of U.S. government debt (aka Quantitative Easing or Q.E.) and most controversially by creating $2.3 trillion of worth of corporate credit programs for American businesses (unprecedented).

Providing liquidity to the corporate sector is controversial because legally the Fed is not allowed to buy debt that is not backed by the U.S. government, except during emergencies and in this case on behalf of the U.S. Treasury, a loop hole and nuance worth noting.

The magnitude of the Feds actions are laid bare below for those that are more visually inclined, with the “super spike” on the right side of the chart clearly visible. As we can see the actions over the last several weeks have been orders of magnitude larger than the measures the Fed took following the 2008 / 2009 Global Financial Crisis (GFC) and come close to the combined actions of all major central banks at that time. In addition to the Fed, the other major central banks are ramping up too, with the current level of liquidity / stimulus driving balance sheet expansion to around 9 per cent of combined GDP, which Morgan Stanley expects may more than double to approximately 22 per cent, as the world tries to combat the COVID-19 pandemic with an avalanche of money. 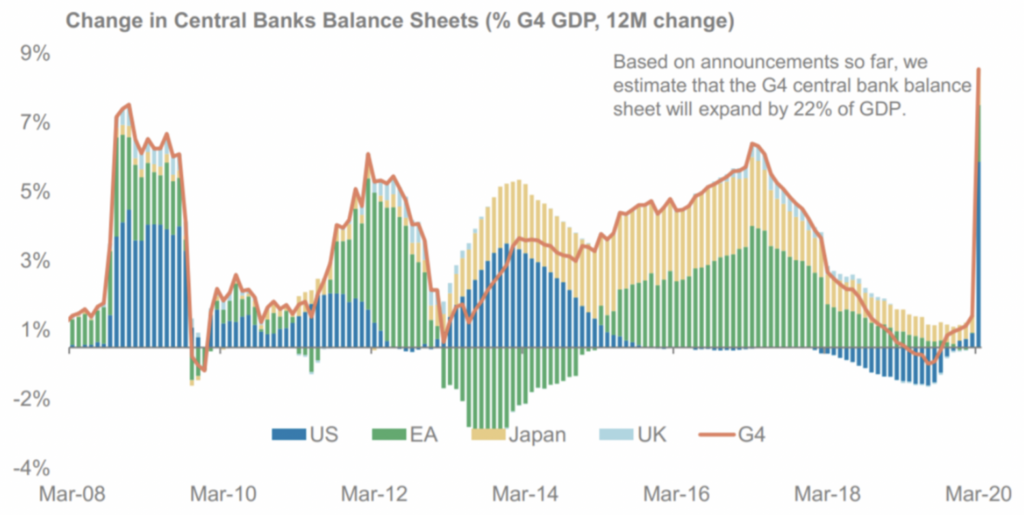 To complete the picture for those more numerically inclined, the Fed’s purchases were running at $125 billion per day when it started its program in mid-March 2020, which meant its balance sheet would likely hit $7 trillion by June 2020, or $2.5 trillion larger than its previous peak following the GFC. While run-rates can lead to distorted estimates, this doesn’t seem to be the case for expectations on how large the Fed balance sheet will get. With many major Wall Street banks currently forecast the Fed balance sheet will reach $10 trillion in the not too distant future, which would be an expansion of $4.5 trillion from pre COVID-19 levels and greater than the $3.7 trillion increase following the GFC.

The Size of the Fed’s Balance Sheet is Inflecting Vertically 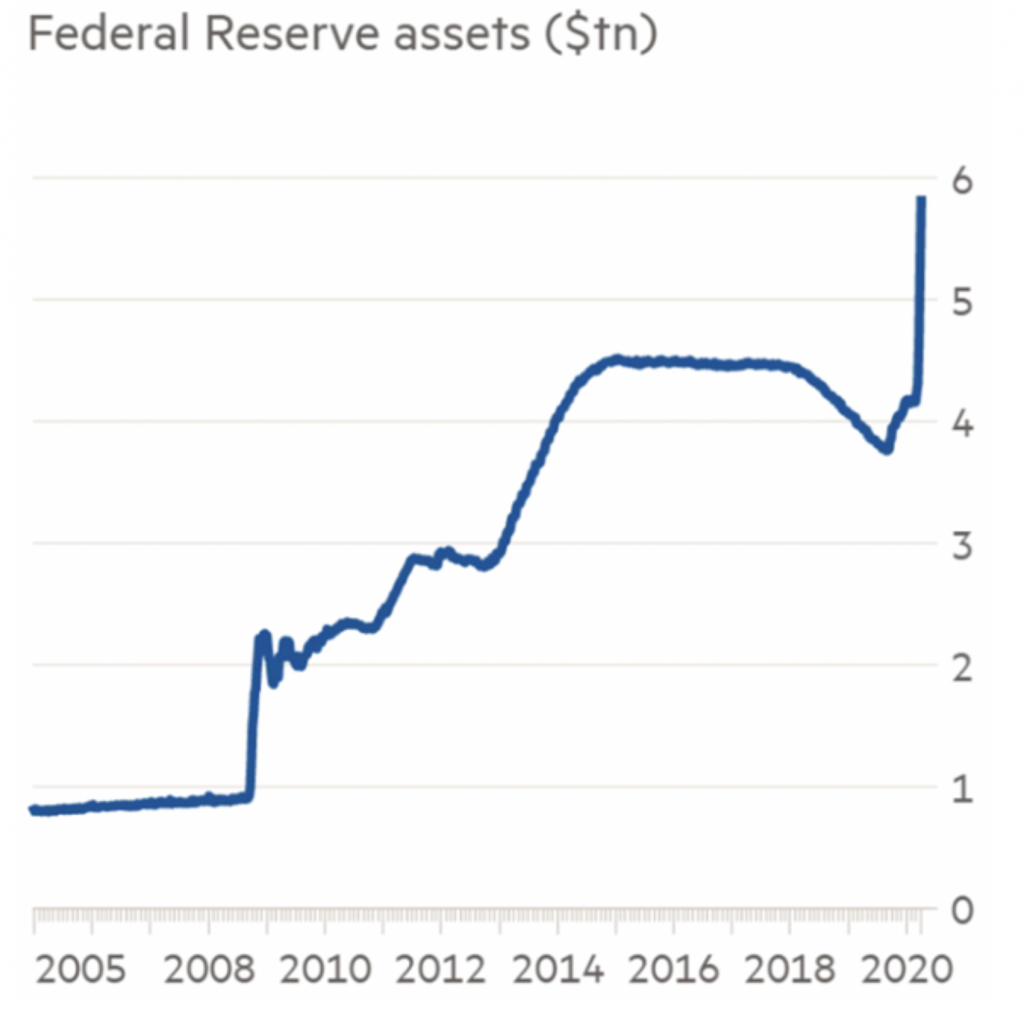 While it is important to be aware of what central banks are doing at the macro and market level, it is of paramount importance for the team at Montaka Global to understand how these actions may affect the equity of the companies we are looking to invest in. As we diligently implement our rigorous, bottoms up, fundamental, value investing research process, we have given significant thought to this question.

In the second part of this series we will discuss what the Fed programs may mean for companies, particularly those with over leveraged balance sheets.