Selling one’s labour ain’t what it used to be

Selling one’s labour ain’t what it used to be

I very much like this time of year because the Bank of International Settlements (BIS) publishes its Annual Economic Report – a frank summary and analysis of the global economy. One of the analyses provided looks at the relationship between unit labour costs (ULC) and Producer Price Index (PPI) inflation – a proxy for the rate of change in the prices received by producers.

The chart below shows that, prior to 1985, there was a strong positive relationship between the prices received by producers; and the growth in employee wages. This made sense: if businesses were generating more revenue, they would share some of that with their employees. But since 1985, this relationship has evaporated; and employees have shared in little of the subsequent revenue growth. 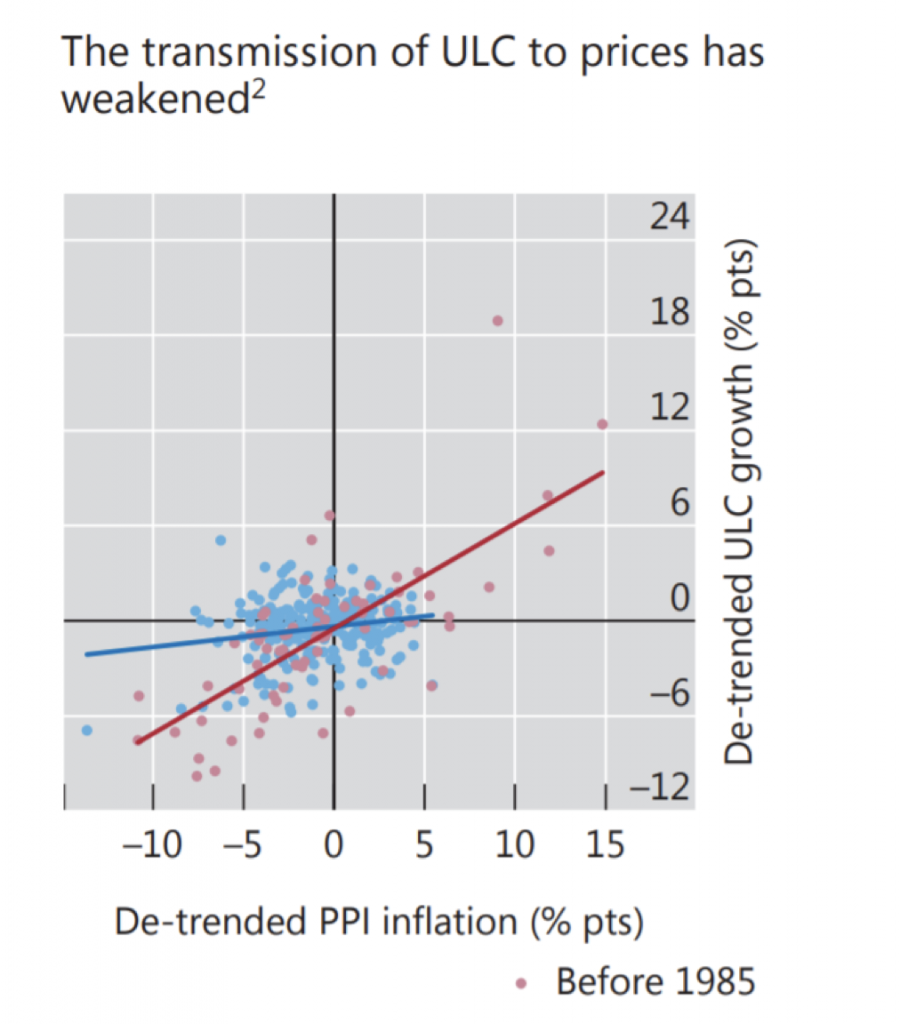 What has caused this significant change for employees? Here is how the BIS puts it.

The scary thing here for workers is that these trends are structural, not cyclical. These dynamics will be with us for decades to come. This is an issue that governments will soon need to start addressing in a far more serious way, in my humble opinion.

You can read the Bank of International Settlements (BIS) Annual Economic Report here.