Financial planning in a state of flux

Financial planning in a state of flux

This body, formed in April 2017, is now the key standard authority on training and ethical standards of existing and new financial planners.

Under the new FASEA requirements, existing financial planners must make sure they meet the new standard of qualification by 2024, which could entail a minimum one subject (code of ethics and an exam) for those with an approved degree, or up to seven subjects for those with a non-relevant tertiary degree.

For those that have come out of University recently, this is the equivalent of almost a year’s full-time study (at four subjects a semester) or 18 months part-time (at two subjects a semester), noting most financial planners will still be working and held accountable to their clients over this period of time. For those interested you can read more about the new education standards on FASEA’s website here. 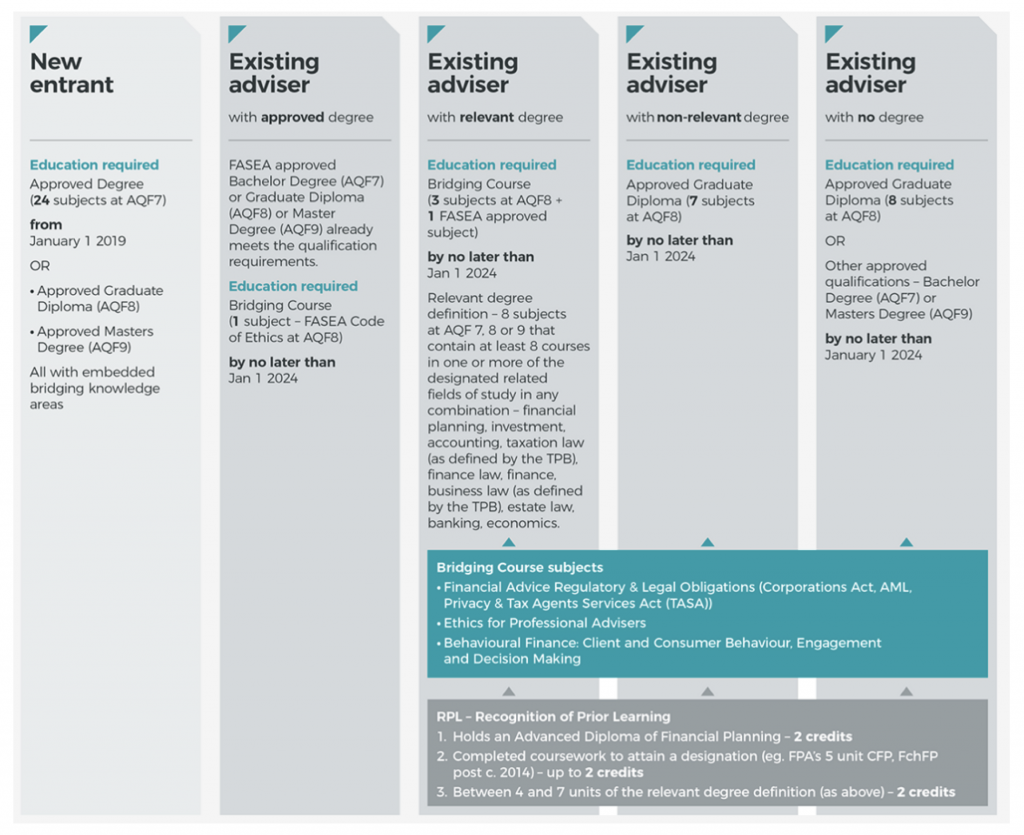 Another direct outcome from the Royal Commission was the enhanced supervisory role of ASIC, which included the setting up of the Corporate Governance Taskforce whose role encompasses “targeted reviews of corporate governance practices in large listed entities. This will allow us to shine a light on ‘good’ and ‘bad’ practices observed across these entities.”

Such entities include the larger listed advisory firms and banks, such as AMP, IOOF, Centrepoint Alliance, as well as the aligned financial planner networks through the Commonwealth Bank of Australia, National Australia Bank and Westpac. For example, at AMP, this sees all financial planners having 45 files reviewed and if two files are deemed ‘non-compliant,’ then any file over the last 10 years can be reviewed as part of this programme. At the Commonwealth Bank of Australia aligned groups, this has seen advisers redo all their ongoing service fee agreements. The reality is compliance now more than ever will be a huge part of the advisers day-to-day, taking time away from servicing new and existing clients particularly for members in the large listed financial planning entities.

The great unwind of vertical integration

According to a recent report by Rainmaker, over the last three years “83 per cent of the 7,000-adviser increase was within non-institutionally owned licensees. That is, the number of non-insto aligned advisers grew almost 5-times faster than growth in those aligned to institutions.” As Table 1 shows below, in light of the changes in the industry a lot of advisers are leaving bank or institutional aligned licensees in favour of independent licenses, or those that are privately owned and not aligned to a bank or listed institution.

What this table doesn’t capture is the growing number of financial planners seeking their own license, which has grown 77 per cent over the same three-year period to December 2018. As a result of these two trends, bank or institutionally aligned licenses have dropped from two thirds of the market to just over half, with many aligned organisations walking away from some of financial planning organisations they have acquired such as Westpac which is in the process of winding up the Securitor and Magnitude licensee channels. 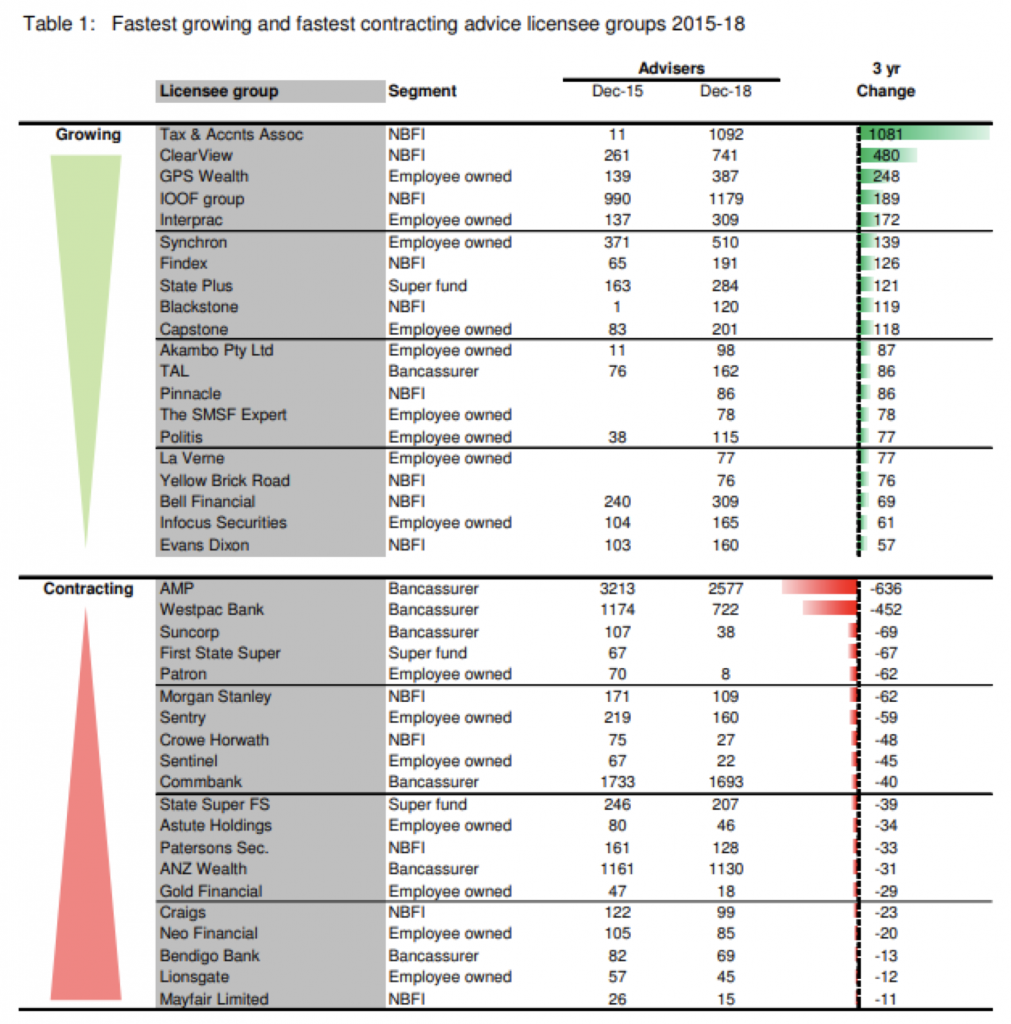 [1]Source: The Sydney Morning Herald – A third of financial planers tipped to leave industry due to new laws